Maitreya, one of the more interesting deities in Buddhism, is a widely-believed bodhisattva in Chinese culture. According to Buddhist sutras, Maitreya was born in ancient India, a contemporary of Sakyamuni. He is also foretold as the Buddha of the future in Buddhist eschatology. Once our cosmic era has destroyed itself, he will be reborn as the teaching Buddha of the next great period.

The worship of Maitreya has a long history in China. The tradition can go back to the Western Qin Dynasty. At that time, craftsmen painted murals of Maitreya in the Bingling Temple Grottoes in Gansu. Maitreya in painting held a lofty position in the hearts of his worshippers. Moreover, a lot of gigantic carved images of him were built in many places by later generations.

In China, the familiar image of Maitreya was created based on the obese Budai, a monk who lived during the Later Liang Dynasty (907–923 C.E.) and was thought to be the incarnation of Maitreya. Therefore, Maitreya was represented as a person who has a smiling face, a benign countenance, a full figure with bare breast. His depiction as the Laughing Buddha also being very popular in folk culture. In some icons, the Laughing Buddha is often ringed by children, who collectively represent his popular role as a provider of offspring. 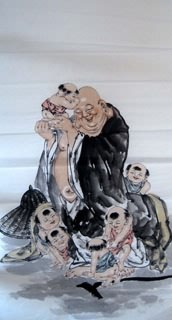 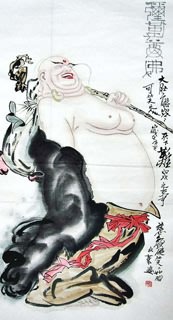 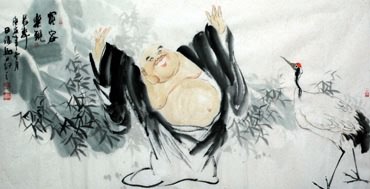 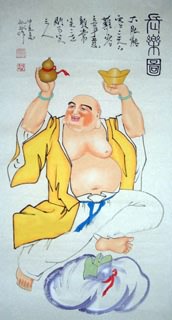 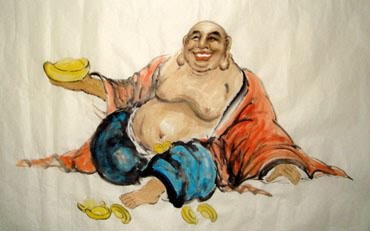 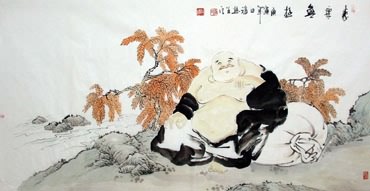 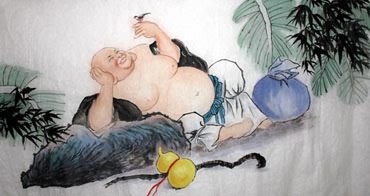 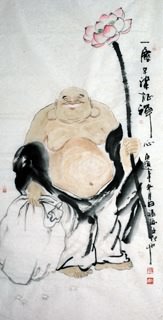 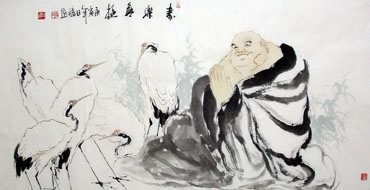 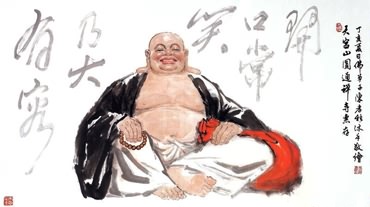 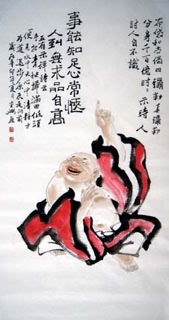 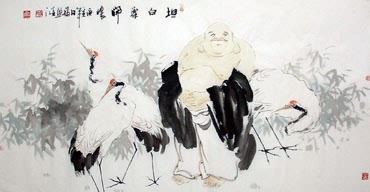 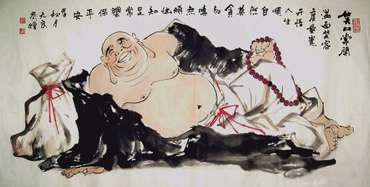 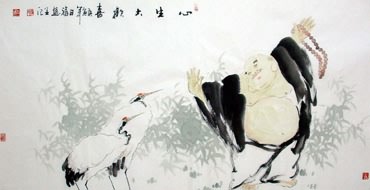 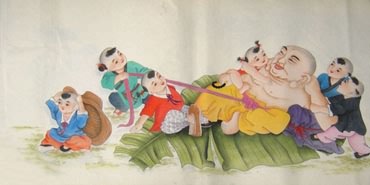 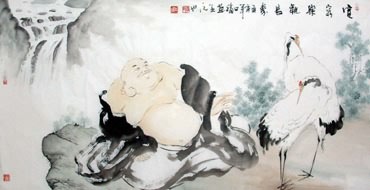 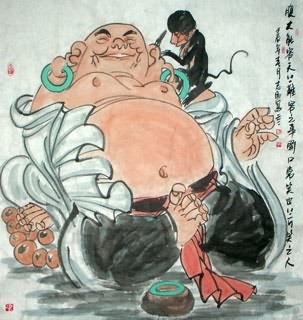 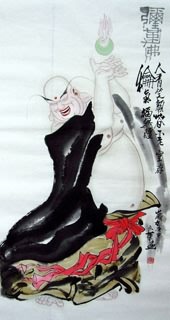