Bodhidharma (Damo to the Chinese) is traditionally regarded as the leading patriarch and transmitter of Zen to China, and the 28th Patriarch of Buddhism. He was the third son of southern India's Pallava Empire who lived during the 5th century. After his father's death, Bodhidharma went to Prajnatara, then became a Buddhist monk. Followed his teacher's suggestion, Bodhidharma traveled to China. The accounts differ on the date of his arrival, with one early account claiming that he arrived during the Liu Song Dynasty (420–479) and later accounts dating his arrival to the Liang Dynasty (502–557). Bodhidharma was primarily active in the lands of the Northern Wei Dynasty (386–534).

Bodhidharma is depicted as a rather ill-tempered, full-bearded and wide-eyed barbarian throughout Buddhist art. He is also described as "The Blue-Eyed Barbarian" in Chinese texts.

According to Chinese legend, he also began the physical training of the Shaolin monks that led to the creation of Shaolinquan. Furthermore, there are a lot of stories about Bodhidharma that are handed down from ancient times. Two of those stories, "Crossing the Yangtze River by a reed" and "Facing the wall and meditate for nine years" are widely known and are talked with great relish. Those appealing stories express respect and remembrance of later generations to Bodhidharma. 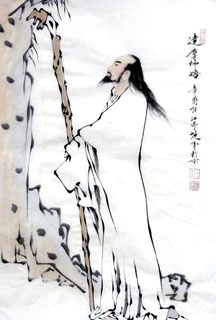 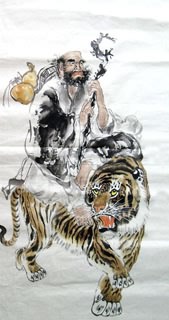 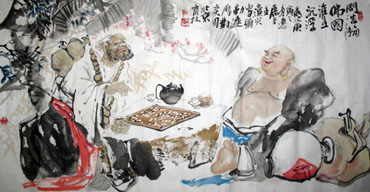 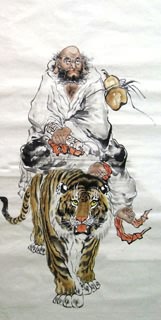 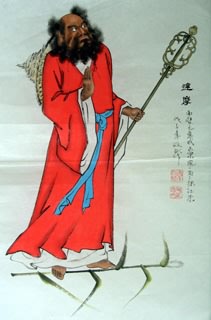 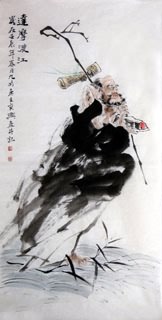 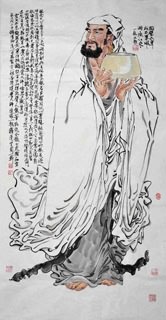 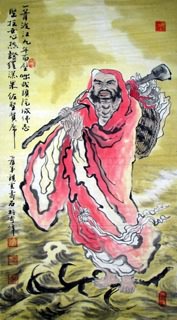 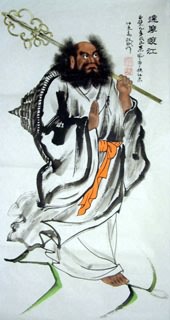 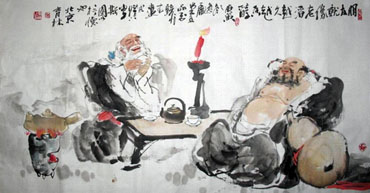 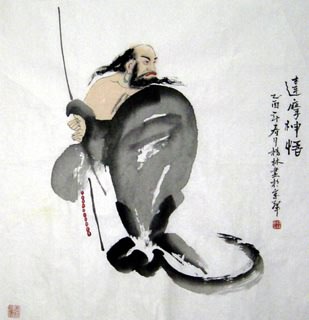 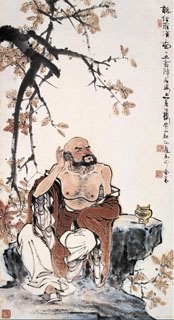 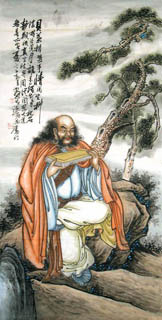