Lion is the king of beasts. It is a symbol of grandeur, strength and power, so in China, from ancient times it was often placed at the official residence to show the supreme authority.

Chinese Lion Painting : it's Fengshui meaning can help you have a great successful official career and gain great prestige.

Nine(9) Lions Painting: is regarded as the military leadership and symbolized that the picture will bring the stability of the country and end the wartime.

Five(5) Lions Fengshui Painting: five lions were called as "五子登科(Wu Zi Deng Ke)". This word was often used as an auspicious blessing to the newly-wed couple, it expressed the wishes that "May you have suns soon and they all will have a bright future."

Two Lions and Vase Painting: The combination image is called "事事平安(Shi Shi Ping An)" as lion in Chinese is read "shi", the same as the word for "Thing", two lions mean "Everything", and vase in Chinese is read "ping", the same as the word for "Safeness", so the whole lions and vase drawing symbolize "Wish your everything safe and in good condition."

Two(2) Lions Playing with a Ball Feng Shui Painting: the ball was made of colored silk and filled with a pattern of golden Chinese ancient coin, it symbolizes "profits pouring in from all sides".

A Big Lion(or mother) and a Small Lion(or baby) Painting: Lion in Chinese is read "shi", also the same as the word for "Preceptor", so this combination has a similar sounding to "太师少师(Tai Shi Shao Shi)" in Chinese. It symbolizes "generation after generation may you get dignitary and political power". 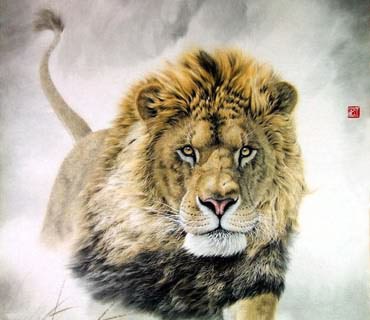 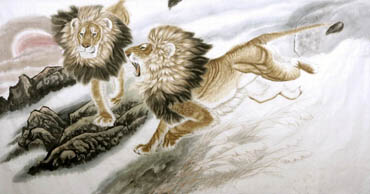 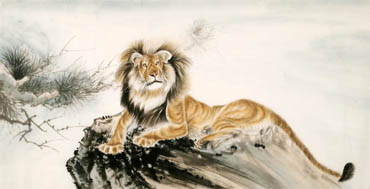 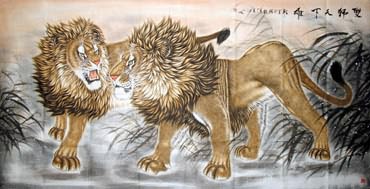 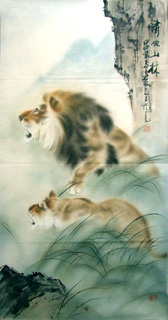 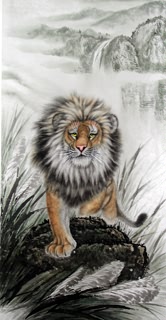 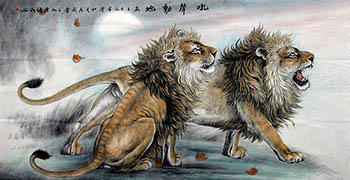 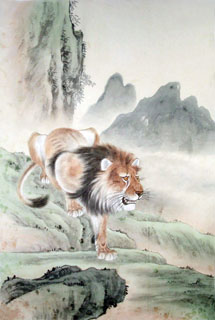 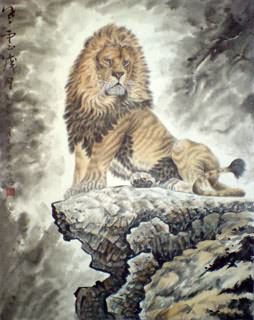 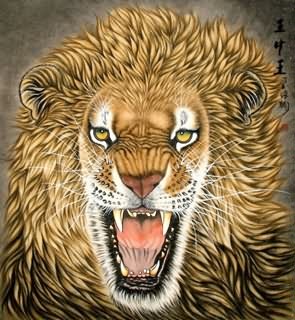 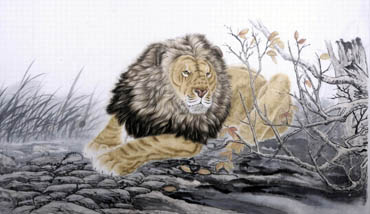 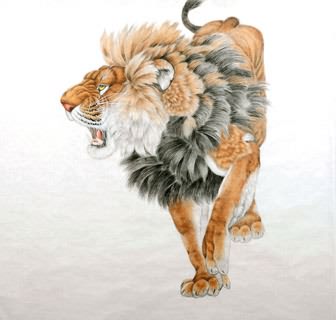 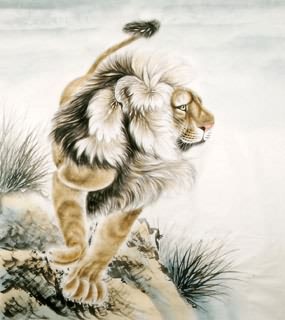 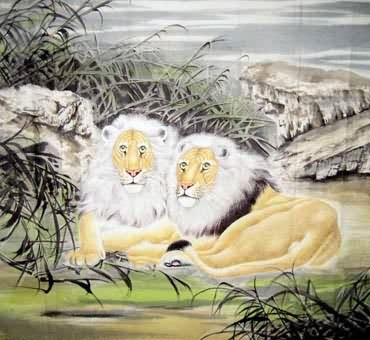