Confucius (traditionally 28 September 551 BC – 479 BC), also known as Kong Qiu (孔丘), was born in the State of Lu in the Spring and Autumn Period. He was considered as a great thinker, educationist and social philosopher of ancient China.

According to tradition, Confucius was thought to be the editor of all the Five Classics (五經), and the author of the Spring and Autumn Annals (春秋). The Analects of Confucius (論語), a collection of his teachings, was redacted by his disciples many years after his death.

Centuries later, Confucius' thoughts developed into a system of philosophy known as Confucianism (儒家). The values he espoused-- personal and governmental morality, correctness of social relationships, justice and sincerity—become the official moral and political doctrine of China during the Han Dynasty (206 BC - AD 220), shaping Chinese culture.

Confucius' principles had a basis in common Chinese tradition and belief, even entrenched in Asian culture. Confucius is respectfully called至聖,"the Greatest Sage", or萬世師表, "Role Model for Teachers through the Ages" by later ages.

Lao Tzu, a central figure in Chinese philosophy, is traditionally regarded as the author of the Daodejing (Tao Te Ching). He is also considered as the founder of Taoism, and a deity in the Taoist religion. Tradition states that he may lived in the 5th-4th century BCE, during the Hundred Schools of Thought and Warring States Periods.

Lao Tzu was not his real name, but an honorific title given the sage, which means “Old Master." In popular biographies, his surname was Li (李 "plum"), and his personal name was Er (耳 "ear") or Dan (聃 "long ear"). Lao Tzu's famous work, the Tao Te Ching, is one of the most significant treatises, covering many areas of philosophy, from individual spirituality to techniques for governing societies. It provides one of the major underlying influences on Chinese thought, culture and literati. Although Lao Tzu does not have an influence on China as deep as Confucius does, he is still widely respected by the Chinese. His thoughts are studied all around the world. 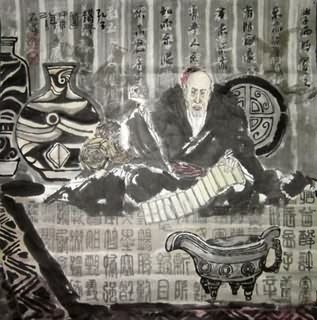 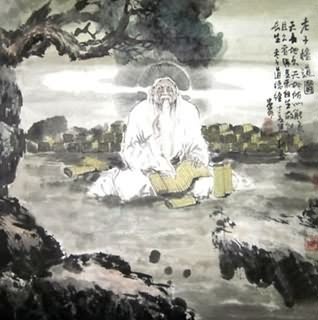 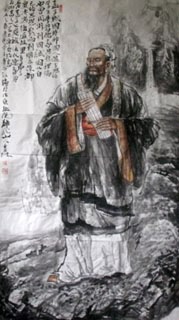 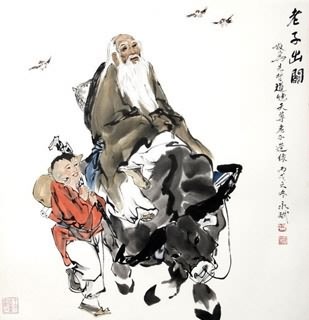 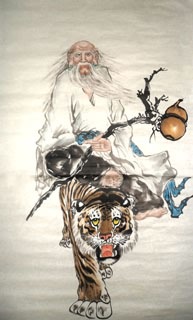 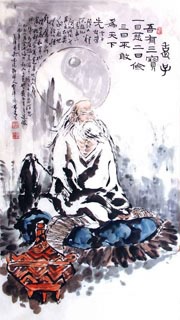 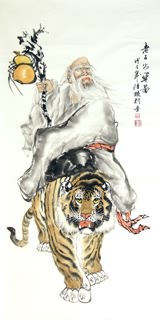